The sixth assessment cycle (AR6)  included 782 scientists, who worked on a voluntary basis, with 67 countries contributing to create the most authoritative assessment of climate change to date.

This briefing summarises key themes that run through these three reports:

Climate change is happening all around us

The term “unequivocal” was used in both WG1 and WG2 to describe the scientific consensus that the climate is changing as a result of human activity, representing a threat to human well-being, societies and the natural world.[1]WG1, SPM A.1, WG2, SPM D.5.3. Human actions have warmed the climate at a rate that is unprecedented in at least the last 2,000 years, increasing the frequency and intensity of extreme weather events across the world. [2]WG1, SPM1.[3]WG2,SPM B.1.1 The physical impact of climate change is causing substantial damages and, in some cases, irreversible losses.[4]WG2,SPM B.1.1

The WG2 report emphasised that we have a brief and rapidly-closing window of opportunity to secure a liveable future. Additionally, WG3 stressed that without urgent, effective and equitable mitigation, climate change increasingly threatens the health and livelihoods of people around the globe, ecosystem health and biodiversity.[5]WG2, SPM D.5.3 and WG3, SPM D.1.1

The WG2 report described the devastating impacts of our current emissions pathway:

Reliance on fossil fuels is the root cause of climate change

Human activities around fossil fuel combustion, industrial processes, land use change and forestry have caused greenhouse gas (GHG) emissions to increase dramatically since pre-industrial times, and emissions were higher between 2010-2019 than in any previous decade.[12]WG3, SPM B.1, Footnote 6[13]WG3, SPM B.1. Of the GHGs, CO2 has contributed the most to recorded warming to date, followed by methane.[14]WG1, Figure SPM2.[15]WG1 D.1.7, Figure SPM2
In 2019, coal contributed to 33% of all human-related CO2 emissions, followed by oil (29%) and gas (18%).[16]WG3, Technical Summary, Figure TS.3. Public and private finance continue to flow into fossil fuels and, as a result, GHG emissions continue to rise across all sectors and subsectors, and most rapidly in transport and industry. [17]WG3, Technical Summary, page 23.[18]WG3, SPM B.5.4. Between 2019-2020, investment in fossil fuels was greater than that for climate adaptation and mitigation.[19]WG3, SPM B.5.4. In the power sector, fossil fuel-related investment was, on average, USD 120 billion a year. An average of USD 650 billion were invested in the oil supply and USD 100 billion in coal supply.[20]WG3, Chapter 15, 15.3.3. In comparison, actual global public finance flow for adaptation was USD 46 billion.[21]WG3, Chapter 15, 15.1.1.

Delayed climate action in reducing our reliance on fossil fuels is partly the result of a concerted effort to generate rhetoric and misinformation that undermines climate science and disregards risk and urgency.[22]WG2, Chapter 14, 14.5.2.1. This is particularly true in the US, where despite scientific certainty of the anthropogenic influence on climate change, misinformation and politicisation of climate change science has created polarisation in public and policy domains.[23]WG2, Chapter 14, 14.5.2.1.

People who have contributed the least to the existing climate crisis are likely to be the most vulnerable and least able to adapt. The richest 10% of households contribute about 36%-45% of global GHG emissions. About two thirds of the top 10% richest households live in developed countries.[24]WG3, Technical Summary, page 21. But increased heavy rain, tropical cyclones and drought will force more people from their homes, particularly in places that are more vulnerable and have less ability to adapt.[25]WG2 SPM B.4.7.

To limit warming to 1.5°C, we need to drastically reduce our reliance on fossil fuels for energy production and switch to widespread electrification using renewable energy generation. [26]WG3, SPM C.3.2.[27]WG3, SPM C.3.2. Changing how electricity is generated is especially important in transitioning our energy system, and in scenarios limiting warming to 1.5°C (with no or limited overshoot), the electricity sector reaches net-zero CO2 emissions globally between 2045 and 2055.[28]WG3, Chapter 6, Executive summary. In these scenarios, electricity supply rises to 48%-58% of final energy use by 2050 (in comparison to 20% in 2019).[29]WG3, Chapter 6, Executive summary. A combination of widespread electrification of all energy demand and a shift to renewable electricity systems that emit no CO2 will create co-benefits such as better health and cleaner air.[30]WG3, SPM C.4.1, SPM E.2.2.

We also need to have strong, rapid and sustained reductions in methane emissions. Models show that reducing methane emissions by a third by 2030 is needed to create a net cooling effect. [31]WG3, SPM C.1.2.[32]WG2, SPM D.1.7. Deep GHG emission reductions by 2030 and 2040 – particularly reductions of methane emissions – lower peak warming, reduce the likelihood of overshooting warming limits and lead to less reliance on net negative CO2 emissions that reverse warming in the latter half of the century.[33]WG2, SPM C.2.

Rapid and deeper near-term GHG emissions reduction through to 2030 will lead to less reliance on carbon dioxide removal (CDR) in the longer term, but it is likely that we will need some CDR to counterbalance residual GHG emissions from hard-to-abate sectors.[36]WG3, SPM C.2.2, SPM C.3

CDR is not a ‘get out of jail free card’, especially at higher levels of warming because the ability of land and ocean sinks to sequester carbon will be greatly reduced at higher temperatures.[37]WG1, Figure 7 CDR also has limited ability to preserve existing ecosystems. If temperature rise passes 1.5°C, entire ecosystems will be irreversibly lost (including polar, mountain and coastal ecosystems, and regions that would be affected by ice-sheet and glacier melting),  even if temperatures are later reduced with measures to remove CO2 from the atmosphere.[38]WG2, SPM B.6.1

Some progress is being made

The WG3 report made it clear that there are mitigation options available in all sectors that could together halve global GHG emissions by 2030.[39]WG3, SPM C.12.1 Growing numbers of countries have seen the advent of cheap renewables that will power electric vehicles, heat pumps and other smart, emissions-free technologies.

From 2010–2019, there were sustained decreases in the unit costs of solar energy (85%), wind energy (55%) and lithium-ion batteries (85%), and large increases in their deployment – for example >10x for solar and >100x for electric vehicles (EVs).[40]WG3, SPM Figure SPM 3 PV, onshore and offshore wind can now compete with fossil fuels on the levelised cost of energy in many places and electricity systems in some countries and regions are already predominantly powered by renewables.[41]WG3, Figure SPM 3, C.4.3 Large scale battery storage on electricity grids is increasingly viable.[42]WG3, Chapter 6, Executive summary

Electric vehicles are increasingly competitive against internal combustion engines, and it is the fastest growing segment of the automobile industry, having achieved double-digit market share by 2020 in many countries.[43]WG3, SPM Table TS.1  Electrification of public transport has been demonstrated as a feasible, scalable and affordable option to decarbonise mass transportation.

There is also some green shoots evidence of climate policy beginning to have a positive real-world impact on emissions reductions that can be built on, for example: 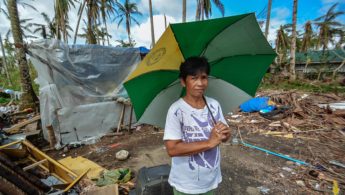 The report is the most comprehensive review of climate impacts since 2014. We look at the key issues it covers.