Reducing methane emissions is key to the climate fight 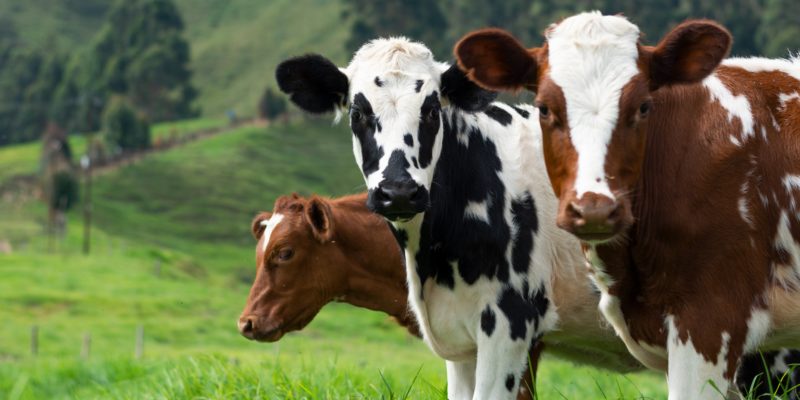 With the upcoming IPCC WGI report set to include a chapter on short-lived climate forcers for the first time, this briefing asks why are methane emissions so important to climate change?

Methane emissions are a huge problem because while the gas only stays in the atmosphere for about nine years, it has 28 times more warming power than carbon dioxide over 100 years. Methane concentrations are increasing faster now than at any time since the 1980s, reaching more than two-and-a-half times pre-industrial levels. This is well above the safe limits outlined by the IPCC in AR5. Methane is now responsible for almost a quarter of warming, bringing us closer to breaching the 1.5°C temperature target. Cutting human-caused methane emissions is one of the most cost-effective ways to rapidly reduce the rate of warming and limit temperature rise to 1.5°C.

What are the key emitting sectors and mitigation opportunities?

Many cost-effective mitigation measures are readily available, such as reducing emissions that escape  along the natural gas supply-chain, better treatment of solid waste, and improving livestock and crop management (see table below for some examples). Mitigation options across the three sectors represent some of the best levers to reduce warming and its climate impacts over the next 30 years. In particular, the fossil fuel industry has the greatest potential for methane cuts by 2030, according to the UN – up to 80% of oil and gas measures and up to 98% of coal measures could be implemented at negative or low cost. But action across all three sectors is needed to ensure emissions are in line with 1.5ºC. All together, cutting methane  in those three sectors could reduce human methane emissions by 45% by 2030. This would avoid nearly 0.3°C of global warming by the 2040s, helping to keep temperatures below 1.5ºC while preventing 255,000 premature deaths and 26 million tonnes of crop losses globally.

Methane and Agriculture: An overlooked problem

Most methane emissions (32%) from agriculture come from raising livestock via enteric fermentation – a ruminant animal’s natural digestive process – and manure. Other key agricultural sources are landfills, waste and rice cultivation. The upcoming IPCC AR6 report is expected to confirm the link between livestock production and increased methane emissions.

While countries recognise agriculture as a source of methane emissions, most do not take concrete action to cut them. In fact, methane emissions from agriculture are expected to continue to grow as demand for meat increases, particularly in low and middle-income countries.
Given agriculture’s huge footprint, actions to reduce methane emissions in the sector are key for reaching climate targets. A robust evidence base indicates that reduced food waste and loss, improved livestock management, and eating fewer animal products could reduce emissions by 65–80 million tonnes a year over the next few decades [2]In the livestock sector, options differ between production systems. For example, improving management via feed additives, vaccines can reduce enteric fermentation in more intensive systems, such as … Continue reading. Widespread adoption of such measures could bring anthropogenic methane emissions in line with those in 1.5ºC scenarios. But, governments should carefully choose policies because some models show that achieving very low emissions per kilogram of protein involves large-scale industrialised agriculture. This is problematic as adopting industrial agriculture methods come with many social and environmental impacts that are not captured in models and can increase GHG emissions. If these were accounted for, industrial agriculture would put the 1.5ºC target out of reach. Farming systems that shift away from industrial agriculture, such as agroforestry and organic farming, not only help to reduce emissions of all GHG, but also improve farmers’ livelihoods, food security and biodiversity.

What have governments done to reduce methane emissions?

Now more than ever, global action on methane emissions is needed. But governments have often failed to cut emissions, partly due to a lack of reliable emissions data and reporting from the industries themselves. Meanwhile, countries’ climate targets – known as nationally determined contributions (NDCs) – only address methane in general terms, without a clear target or strategies to reduce emissions. Only nine of the 174 countries that have submitted NDCs set a separate target for methane emissions. Lack of measurable targets to abate methane emissions is apparent especially in the agricultural sector. Close to 80% of countries (148 out of 189) that have submitted NDCs include agriculture, but NDC targets are vague. Most (128 out of 148 countries or 86%) include the sector in overall economic or broader targets and do not elaborate on concrete actions to reduce emissions from farming. Very few also set targets in relation to other parts of the food system that emit methane, such as adopting sustainable diets. As a result, the potential to reduce global emissions of methane remains largely untapped.

Decarbonisation strategies without methane-specific policies are insufficient to keep warming below 1.5ºC . These strategies – which target carbon dioxide –  only achieve about 30% of the methane reductions needed over the next 30 years in a 2ºC scenario, for example. Moreover, cutting methane emissions now is more cost effective as mitigation costs increase with delayed action. If countries abate methane emissions by 2030, costs could be less than USD 600 per tonne of methane, especially in the waste and coal sectors in most regions. In 2050, costs could be roughly 50% higher than 2030. At the same time, without relying on future, massive-scale deployment of unproven carbon removal technologies, expansion of natural gas infrastructure and current levels of livestock farming is incompatible with keeping warming to 1.5°C. 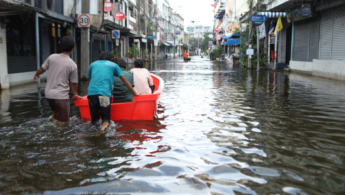