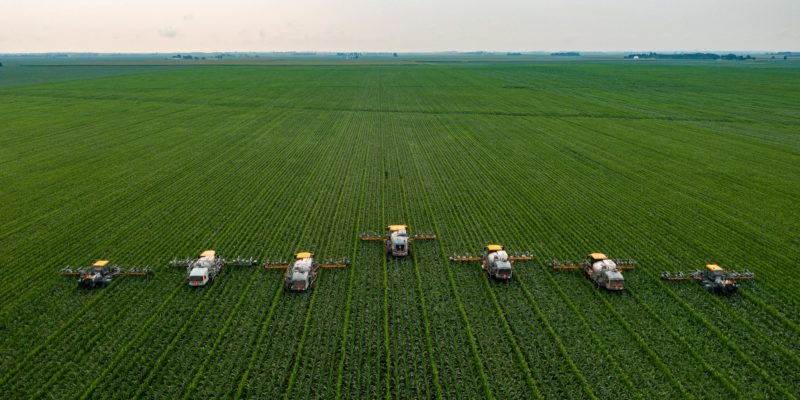 This briefing summarises the main insights in the IPCC Working Group III report on Bioenergy with Carbon Capture and Storage (BECCS). The focus is on potential and feasibility of BECCS in climate mitigation, rather than the broader bioenergy sustainability topics.

Bioenergy and BECCS: The basics

Bioenergy refers to energy products, such as fuels or electricity, that come from organic sources (e.g. waste, wood or crops). [1] Chapter 7, p. 77 It is often promoted as a ‘climate neutral’ solution, as in theory these organic sources only release the carbon dioxide (CO2) they had already absorbed when burnt. But, this characterisation depends on many assumptions, such as the type of feedstock used. Bioenergy could also help deliver other mitigation options, such as carbon sequestration from integrating trees into crop systems (e.g. agroforestry) that provide the feedstock for bioenergy.

When combined with carbon capture and storage (CCS), bioenergy is seen as a carbon dioxide removal (CDR) option. This is because the CO2 emitted is then captured and stored in geological, terrestrial, or ocean reservoirs, or in manufactured products. BECCS may also reduce net GHG emissions by displacing the use of fossil fuels with renewable biomass in the production of heat, electricity and fuels. [2]Chapter 7, p. 77, Chapter 6. p.93

Benefits and risks of BECCS

The IPCC is careful when talking about BECCS. It stresses that it is a crucial CDR option, but its potential depends on many social and environmental considerations (e.g. the choice of feedstock, management practice, and deployment strategy and scale). The report does not assess all these options in-depth.

BECCS could have positive impacts, the IPCC says. But only if some strategies are followed to enhance its benefits, such as adopting management practices that protect carbon stocks. [3] Chapter 7, p.81 The use of feedstocks that do not need land (e.g. municipal organic waste or harvest residues) could also provide bioenergy at a significant, but limited, scale. [4] Chapter 7, p.78, Chapter 6, p. 40 These can reduce negative impacts associated with land use. Selecting crops that can produce both protein feed and biofuels could also reduce pressure to convert lands. [5]Chapter 12, p. 103 Some technologies could generate co-benefits, such as anaerobic digestion of organic waste and wastewater, and those that convert indigestible biomass like algae into food and feed. [6]Chapter 12, p. 103

If BECCS is poorly planned, however, it can “have adverse socio-economic and environmental impacts, including on biodiversity, food and water security, local livelihoods and on the rights of Indigenous Peoples, especially if implemented at large scales and where land tenure is insecure”. [7] SPM, p.47 Major scale-up of bioenergy production, for example, will need more than wastes/residues and cultivation on marginal lands. This will require more land and water, harming biodiversity and, potentially harming food security. Thus, “bioenergy systems may fail to deliver near-zero emissions depending on operating conditions and regional contexts”. [8]Chapter 6, p.42

The IPCC says “it is therefore not possible to precisely determine the scale of bioenergy and BECCS deployment at which negative impacts outweigh benefits”. [9]Chapter 7, p.77-78 “As a result, bioenergy carbon neutrality is debated… and the lifecycle emissions of BECCS remain uncertain and will depend on how effectively bioenergy conversion processes are optimised”. [10]Chapter 6, p.42 The future of BECCS also depends on the roll-out of CCS technologies, it adds. [11]Chapter 7, p.96 and chapter 7 , p. 6

Bioenergy and BECCS can represent an important share of the total mitigation potential, the IPCC says, but conclusions on how big a share vary due to the large diversity of studies and their assumptions about where and how BECCS is deployed (e.g. the associated land use). [12]Chapter 7, p.7 [13]Chapter 7, p.79 The IPCC concludes that:

Therefore, the IPCC urges caution about these estimates as they reflect only biophysical and technological conditions. These estimates can be reduced when factoring in economic, environmental, socio cultural and institutional constraints. For example, the mitigation effect of BECCS could be reduced if models start to include the diminishing ability of land to remove CO2 from the atmosphere due to future climate change.

The role of BECCS in mitigation pathways

There has been “fervent debate” on the use of bioenergy with CCS in mitigation scenarios. [18]Chapter 3.2.2 Reliance on it has been criticised for causing biodiversity loss, undermining food security, creating uncertain storage potential, excessive water use as well as creating the potential for temperature overshoot. [19]Chapter 3, box 3.4 The overall land for bioenergy production is modelled to take place in tropical regions, where croplands for bioenergy displace land for food production (cropland and pasture) and other natural land. For example, in the 1.5°C mitigation pathway in Asia, bioenergy and forested areas together increase by about 2.1 million square kilometres – an area the size of Saudi Arabia – between 2020 and 2100, mostly at the cost of cropland and pasture. [20]Chapter 7, figure 7.14 BECCS is also typically associated with delayed emissions reduction in the near-term. [21]Chapter 3, box 3.4

Among CDR methods, BECCS is one the most common in climate models (i.e. integrated assessment models, or IAMs) to limit temperature rise to 2°C or lower. [22]Afforestation and reforestation is also widely used. See here for more info. Currently, few models represent other options, such as biochar or soil carbon sequestration. In fact, all illustrative mitigation pathways (IMPs) from the WG3 report primarily BECCS (for comparison with other land CDR options and discussion of BECCS in models, see here).

Across the scenarios reviewed by the IPCC, in those likely to limit warming to 2°C or lower, the cumulative volumes of BECCS reach 328 (median values) GtCO2  respectively for the 2020-2100 period. Translated to annual volumes, the IPCC sees BECCS removing about 2.75 GtCO2 a year. [23] Chapter 12, p. 40 To put this into perspective, scientists predict that up to 10 GtCO2 will need to be removed annually to reach global emissions targets by 2050.

Many IAM pathways include large increases in cropland area to supply biomass for bioenergy and BECCS, with 199 (56-482) million hectares in 2100 in pathways limiting warming to 1.5°C with no or limited overshoot. [24]Chapter 3, p.6 To put this into perspective, 102 million hectares of land – an area the size of Egypt – have been converted to cropland since the start of the 21st century.

Delaying mitigation would increase pressure on land because it would require large-scale deployment of CDR in the second half of the century to reduce temperature overshoot. The main CDR measures are BECCS and afforestation and reforestation because climate models use these measures as proxies for land-based mitigation. This will cause substantial land use change in 2050. Early mitigation reduces the amount of land required for this, though at the cost of larger land use transitions earlier in the century. Earlier action could also reduce climate impacts on agriculture and other land-mitigation options. [25]Chapter 3, p.66 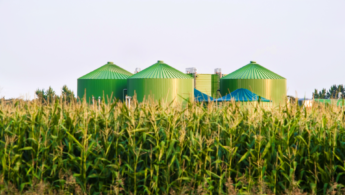 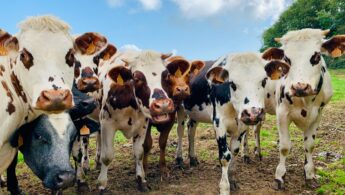