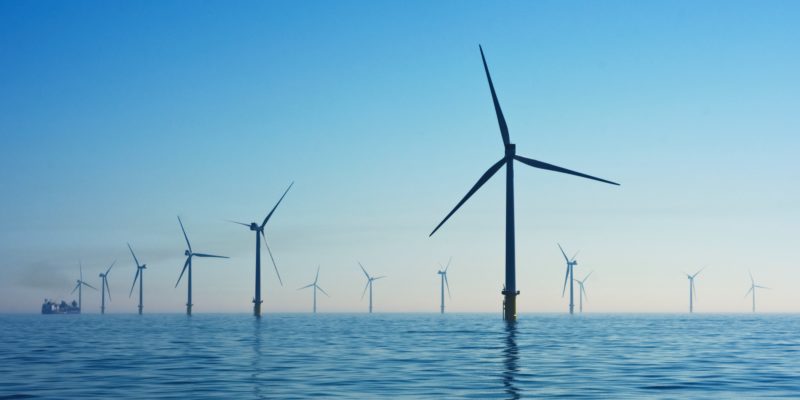 The offshore wind market is poised for spectacular growth

Offshore wind is seen as a key sector in the clean-energy transition. Though less established than onshore wind and solar, governments around the world are embracing offshore wind as a way to transition to clean energy and meet their climate targets. This is because offshore wind brings additional scale – it does not face the same land constraints as onshore wind and so the turbines can be larger. Additionally, wind speeds at sea tend to be higher and more consistent.

Between 2022 and 2031, an additional 315 GW of offshore wind capacity will come online across the world, bringing cumulative global capacity to 370 GW, according to the Global Wind Energy Council (GWEC). Europe and China will be the engines driving this growth. The EU has arguably the most ambitious plans, aiming to install up to 450 GW by 2050. The major markets here will be France, Germany, Denmark and the Netherlands. Spain aims to build 3 GW of offshore wind by 2030.

The majority of this capacity will consist of bottom-fixed OWF, which are directly attached to the seabed. But floating OWF – where turbines are connected to anchors that are tied to the seafloor – are becoming more popular. Capacity is projected to leap from 100 MW in 2021 to 25 GW by 2035, when it could account for about 5% of global offshore wind capacity, BNEF finds.[1]BNEF, “1H 2022 Offshore Wind Market Outlook”, 22 June 2022. Accessed via Bloomberg Network.

As the projects grow in size, so too do the turbines. General Electric (GE) has deployed a prototype of its 14 MW Haliade-X turbine in Rotterdam, while Vesta has launched a 15 MW turbine. A 1 GW OWF would require about 71 turbines from GE turbines or 66 from Vestas.

The development of an OWF

Following a successful auction, projects need to secure various permits, engaging with government and community stakeholders to do so, before construction can begin. From start to finish, the process can vary from three to four years in more mature markets to almost a decade in nascent ones.[2]BNEF, “1H 2021 Offshore Wind Market Outlook”, 23 June 2021. Accessed via Bloomberg Network.

The development processes for bottom-fixed and floating OWF are similar and can be broken down into the following phases:

An overview of the development process of an OFW

Seismic surveys entail loud, high intensity, low-frequency sounds, which can travel over large distances and can interfere with or damage fish’s auditory senses. Though its impacts are less severe, sonar can also have detrimental effects on sea life. Sound is used for communication between fish for mating, detecting prey and predators, orientation and migration, and habitat selection. Therefore anything that interferes with the ability of a fish to detect and respond to sounds can impact their ability to survive and reproduce.

There are few data on the physical effects of seismic activity but, so far, none have shown mortality. In one study, the fish swam shallower and in more cohesive schools, but this response was also observed in control sites. Some studies show fish exhibit startled responses without avoiding the site, while other studies found that fish do suffer permanent ear damage from low-frequency, high-intensity underwater sounds.

In contrast, floating OWF do not need underwater foundations and some projects have managed to avoid using site assessment technology. For instance, the Hywind floating OWF, built in 2009, used no seismic airguns or low or mid-frequency naval sonar. The construction of a flowing OWF can, therefore, have a much smaller impact on fish.

During the construction stage of bottom-fixed OWF, some fish fatalities have been recorded at close distances to piling (<100m) due to the extremely loud, impulsive sound produced from the impact of the hammer into the pile. Some suffer physical damage within 750m around the sound source. Noise-mitigation methods, such as bubble curtains, can also help minimise impacts. Neither seismic activities nor piling have been demonstrated to cause habitat loss from bottom-fixed OWFs, given they only occur for a short period of time during construction. Floating OWF remove the need for piling, and anchoring does not produce significant noise.

After construction, the physical underwater structures of bottom-fixed OWFs are known to be attractive to marine species and have a positive impact in serving as a new habitat, like an artificial reef. Floating OWFs do not provide such underwater structures. But they do attract fish, and are commonly referred to as ‘fish aggregating devices’ (FADs), although why this happens is poorly understood. It is postulated that fish are attracted to submerged objects as they provide shelter from currents and wave action and safety from predators. Both floating and bottom-fixed OWFs can also act as a refuge (sanctuary effect) for commercially-exploited fish species as most farms because they have a safety exclusion zone around them, stopping fishing vessels from operating in the area.

There is still a lack of understanding of the underwater sound effect of OWFs during operation (i.e. vibration from the wind turbine blades) but, to date, no negative impacts have been identified. It is extremely unlikely that injury would occur to any marine mammals or fish as a result of the continuous sound from the turbines. Shielded electric transmission cables are surrounded by magnetic fields that cause induced electric fields in water. Research thus far has not found these to have a significant impact.

During the construction of OWFs, seabirds have been found to avoid the parameters of the development due to vessel activity. There are, however, ways to mitigate the impact of vessel traffic for seabirds by limiting the number and/or frequency of vessel movements during construction.

Collision risk with turbine blades is one of the most significant concerns. The likelihood of collision varies for different species of birds, and so depends on where the OWF is located. Studies currently illustrate that, in general, the collision risk for high flying birds (such as guillemot, divers and scoters) is very low as they do not fly through the footprint of the OWF. Birds in general also demonstrate the tendency to avoid the OWF site or fly through the corridors between turbines. However, there is a higher likelihood of collision in areas where bird species of conservation concern are concentrated. For example, breeding birds may pass through a wind farm several times a day during foraging. However, there is little evidence that small-scale displacement by single wind farms have an impact at a population level, or result in loss of habitat.

The sanctuary effect of the structure is likely to be positive for birds as there will be more fish for them to prey on.

Research on mammals has been limited since the late 1900s, when more rigorous ethical standards were implemented for scientific experiments on live animals. As a result, the following findings are mostly observational.

Seals have been documented to avoid bottom-fixed OWF sites during seismic activities and/or switched from foraging to transiting. One study observed that they also began hauling out (moving onto land from underwater) during seismic activities, ”possibly” to escape the noise. In another study, harbor seals exhibited a slowing heart rate, avoided the site and stopped feeding.

Another found that construction did not have a long term impact on seals. However, during piling for bottom-fixed OWFs, seal activity in the area was significantly reduced up to 25 km from the center of the OWF, although within two hours of piling finishing, the seals returned. Floating OWF do not have these negative impacts on seals.

After construction, seals have been shown to be attracted to bottom-fixed OWFs for foraging as they may have led to a higher concentration of prey. This behaviour is likely to extend to floating OWF as they become FADs.

Impact on dolphins and whales

Whales and dolphins are closely related and both rely on acoustic signalling and sensing. Seismic activity and sonar scans have been shown to have a negative impact on both. Seismic air guns are a probable cause of whale strandings and deaths, especially in beaked whales. Similarly, dolphins have been documented to avoid areas where seismic activity is taking place.

Piling also has measurable impacts on both whales and dolphins. One study on dolphins during piling indicated that they spent less time in the vicinity during piling.

Just like seals, after construction there is very little impact on dolphins, which may benefit from reduced fishing vessel traffic and increased availability of fish prey as a result of the new structured underwater habitat.
Whales initially avoid OWF but studies indicate they become habituated and possibly become attracted to OWF as feeding grounds. Studies indicate that vessel traffic probably has a greater impact on whales than OWF. But there is a risk that whales could be entangled by the mooring lines of floating OWF.

Construction, cable laying and dredging associated with OWF creates a physical disturbance to the seabed, but the impacts are local (1m – 1km) and short term. The main effect of building foundations is that they typically transform soft-bottom seabeds to hard bottom. After this transformation, the artificial reef effect associated with increased biodiversity can be considered a positive effect for species that live on the seafloor.

Summary of the impact of bottom-fixed OWFs

Summary of the impacts of floating OWFs

Key considerations in understanding the impact of OWF

The impacts of constructing bottom-fixed OWF are not unique. Seismic surveys and piling are predominantly used in oil and gas exploration and military exercises (with military sonar). However, the impacts of the seismic surveys that are conducted for oil and gas exploration are much more severe than those conducted for OWF. These surveys use devices known as airguns that send seismic shocks to the seabed that help create a detailed geophysical map of the layers of Earth beneath the seabed. This can impact an area of 300,000 km2.

In Europe, the construction of OWF is a highly-regulated space. At the EU level, the Birds and Habitats Directives lay out measures by which OWF need to comply in order to safeguard natural environments. Additionally, OWF are also subject to rules laid out by the Maritime Spatial Planning Directive, which outlines where and how offshore constructions can be built.

The industry is actively working to mitigate the noise pollution associated with OWF construction. Construction companies like Jan de Nul and James Fisher and Sons are making use of bubble curtains that block soundwaves during the installation of foundations. Universities are also pioneering new methods that reduce noise pollution. TU Delft has developed the Gentle Driving of Piles (GDP) Shaker that uses vibrations to insert the foundations into the seabed, rather than hammering them into place.

This is a high-level literature review of peer-reviewed scientific papers that examine the impact of bottom-fixed and floating OWF on marine life that typically live in coastal areas.[4]Benthos such as crustaceans and bivalves were not included in this review. The focus has been on findings from the OSPAR region, a mechanism by which 15 governments and the EU cooperate to protect the marine environment of the North-East Atlantic, in which Spain is a signatory.[5]The OSPAR Region covers the North-East Atlantic and is split into five regions: Arctic Waters, Greater North Sea, Celtic Seas, Bay of Biscay and Iberian Coast, and Wider Atlantic. There is currently not much research that specifically assesses OWF impacts in the Mediterranean. 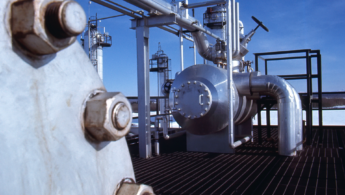 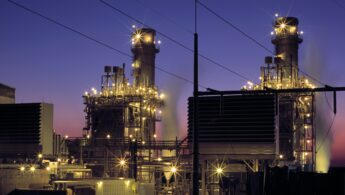